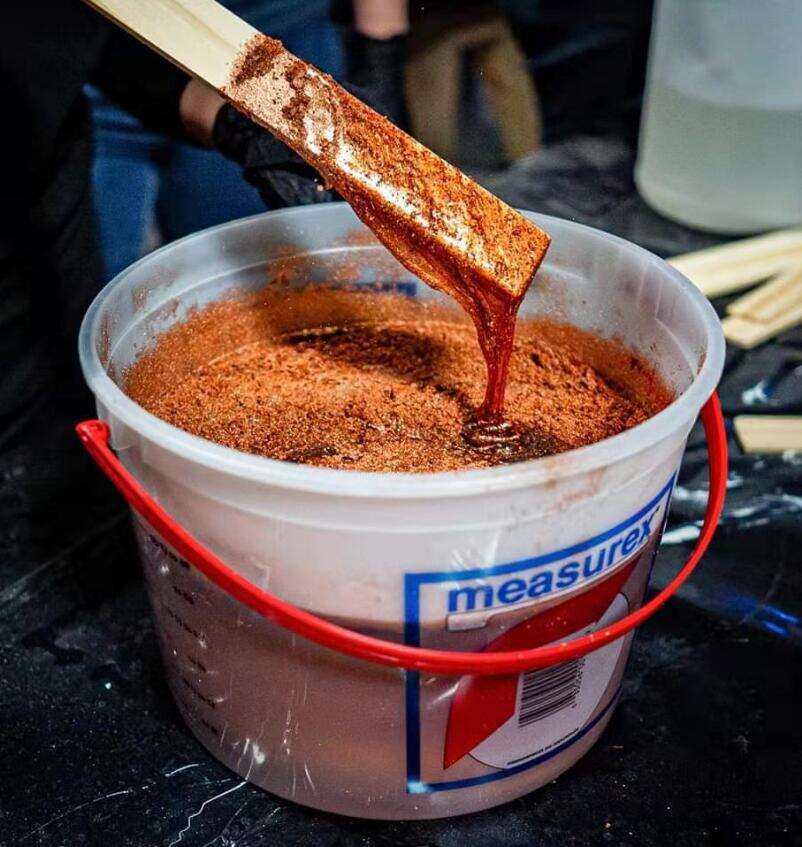 (1) Diphenol-based propane epoxy resin
Diphenol-based propane type epoxy resin is formed by polycondensation of diphenol-based propane and epichlorohydrin.
The industrial control indexes as resins are as follows:
① Epoxy value. Epoxy value is the most important indicator to identify the properties of epoxy resin. Industrial epoxy resin models are distinguished according to different epoxy values. Epoxy value refers to the amount of epoxy-containing substance per 100 g of resin. The reciprocal of the epoxy value multiplied by 100 is called the epoxy equivalent. The meaning of epoxy equivalent is grams of epoxy resin containing 1 mol of the epoxy group.
②Inorganic chlorine content. The chloride ion in the resin can complex with the amine curing agent to affect the curing of the resin, and also affect the electrical properties of the cured resin, so the chlorine content is also an important indicator of epoxy resins.
③Organic chlorine content. The organic chlorine content in the resin indicates the content of the part of the chlorohydrin group in the molecule that has not undergone the ring-closing reaction. Its content should be reduced as much as possible, otherwise, it will also affect the curing of the resin and the performance of the cured product.
④ Volatile matter.
⑤Viscosity or softening point. 2. Other types of epoxy resin

(3) Alicyclic epoxy resins These epoxy resins are made by epoxidation of the double bonds of alicyclic olefins, their molecular structure, and diphenol-based propane epoxy resins and other epoxy resins There is a big difference. The former epoxy groups are directly connected to the alicyclic ring, while the latter epoxy groups are all connected to the benzene core or aliphatic hydrocarbon with epoxypropyl ether. The cured products of alicyclic epoxy resins have the following characteristics: ①high compression and tensile strength; ②long-term exposure to high-temperature conditions can still maintain good mechanical properties; ③arc resistance, ultraviolet aging resistance, and Good weather resistance.

(4) Aliphatic epoxy resin The molecular structure of this type of epoxy resin not only has no benzene core but also has no alicyclic structure. There is only a fatty chain, and the epoxy group is connected to the fatty chain. After curing, the epoxidized polybutadiene resin has good strength, toughness, adhesion, and resistance to positive and negative temperatures.